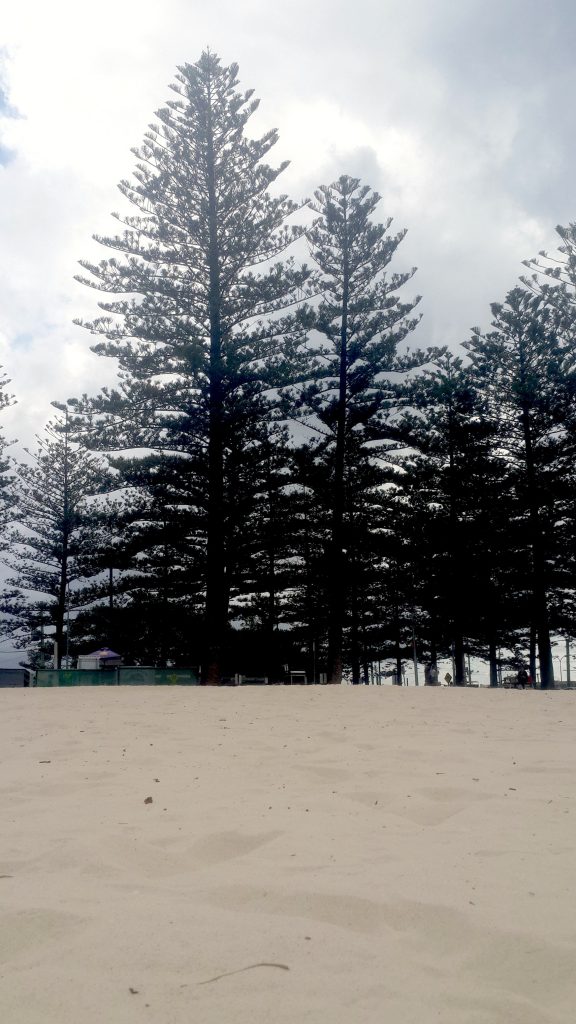 It is my birthday!  And I spent a overcast afternoon on a lovely beach at Burleigh Head.  These are the  Norfolk pines that stand behind the beach, and the gathering clouds above them.

Toward the end of the day I suddenly got famished (I had a version of that enormous appetite the surfers get).   We rushed up to the local club which was just next to these trees, signed ourselves in and bolted down some piping hot chips with cold dry cider.

Then we headed home for warm showers.

We had the best place to stay for the break away: two rooms and a huge eating and living area with balconies and windows all around, and two bathrooms one with a bath (so that one is for me).   And all of this just 2 minutes from the beach.  We had booked only when we got to Coolangatta airport and searched the internet.  Hahaha I love doing things that way.

Here is the view from the balcony looking north to the Gold Coast: 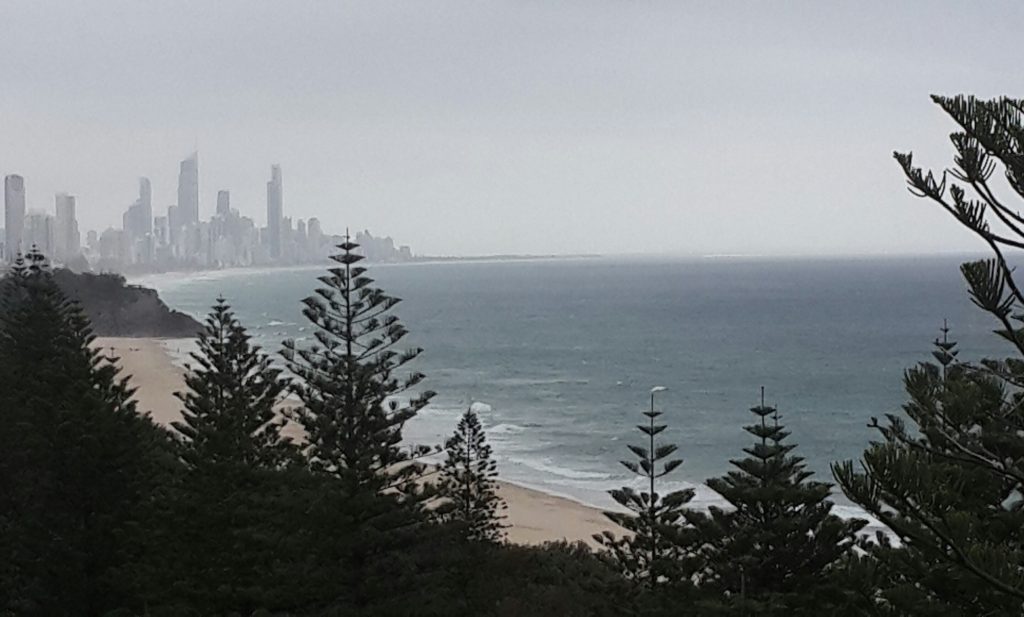 Here is the view from the balcony looking south to Burleigh: 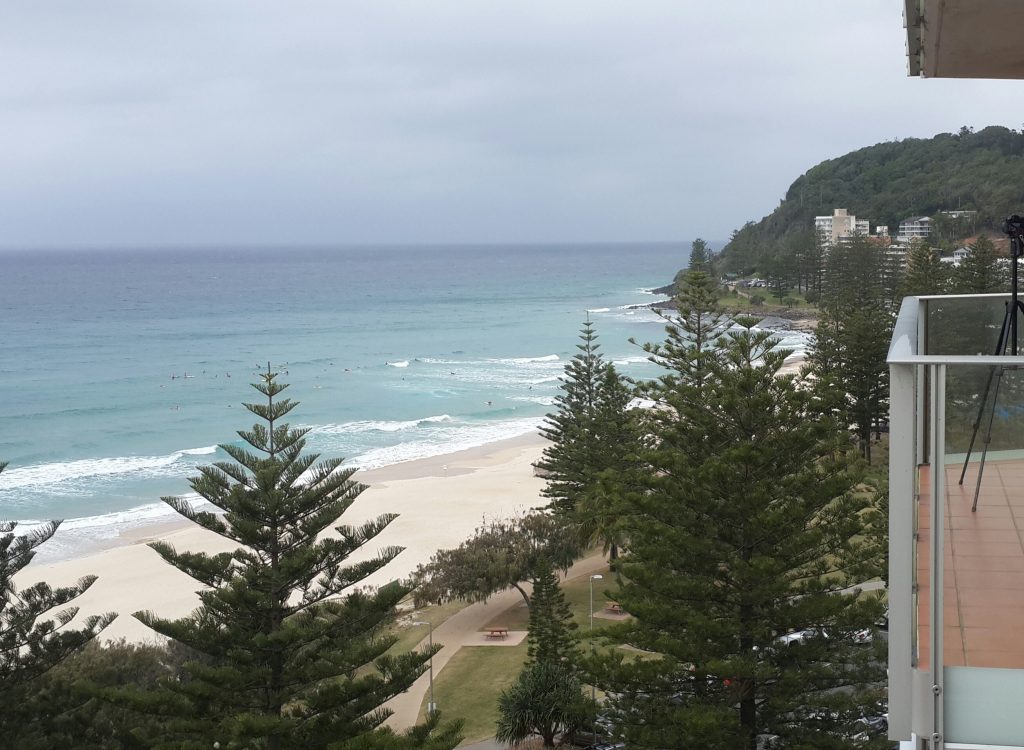 Later on my birthday we went to dinner at an excellent fish and chips place where they only had plastic cutlery and salt in little packets and the fish was great  – I had beer battered whiting.  On the wall of the fish joint there were many historic photos of fishing in the area including photos depicting fishing triumphs of the original owner of the fish place.  In one photo the bounty was incredible –  the catch spread out and covering a great area of the dock where the fish were sorted and got ready for freezing.

There was one very strange photo showing men and women on a lookout on the beach aiming rifles out to sea.  The caption read “Shooting sharks following whales”.   I never heard of a shark following a whale.  The only occasion of sharks and whales I ever heard of was in  Moby Dick.   Those sharks were interested in the dead whales that were strapped to the sides of the whalers.  Melville’s sharks were called  “drilling sharks” – a macabre invention if it was a literary device.